Welcome to Project Vermouth; my attempt to create a local Oxfordshire  variety of my favourite cocktail ingredient. This endeavour has entailed a substantial amount of planning, prepping and…ahem…’product testing’ (all in the name of research). I will therefore be dedicating a series of posts to the progress of Project Vermouth, starting this week with the basics: What on earth is vermouth and how is it made? But before we proceed to the meat of the post let’s address the elephant in the room.

Apparently it’s a scone/scone thing which even the Oxford dictionary can’t decide. I lean towards the latter because it sounds less rodenty or, when I want to sound like an authentic pretentious idiot, I opt for the original German wermut. Ultimately you can call it what you like so long as you don’t pronounce it Martini.

Vermouth is a herb-infused fortified wine produced in two major styles, dry (French) and sweet (Italian). On the continent it is a popular apéritif where it is usually served neat over ice, chaperoned by a bowl of olives or salted nuts. Sadly it is less widely appreciated in England where our underwhelming weather has prevented the development of aperetivo culture. Apparently no one wants to shiver through the early evening on a drizzly patio.

As well as being an excellent drink in its own right Vermouth marries well with almost every spirit and liqueur, making it one of the most frequently reached for bottles of the liquor cabinet. It partners harmoniously with gin, for example in a classic martini or alongside campari in a negroni, #trending. Personally I’m keener on its moodier union with rye.  Sweet manhattans are my kryptonite.

Let food be thy medicine and medicine be thy food.

I like to have a martini, two at the very most – After three I’m under the table, After four I’m under my host.

The sugar it is optional. It is added to create sweet/Italian vermouth which is the style that I will be attempting.

The botanicals can be infused directly into the wine or the spirit, or can be added after the two have been combined. In an ideal world I would trial all three methods. However, what with four bases and at least two botanical blends to try,  I’m already looking at a quantity of vermouth hazardous to health, wealth and storage space.

For Project Vermouth I will be infusing each botanical separately in high-proof vodka  and then blending these tinctures with the wine. This is the most accurate and repeatable way of balancing the ingredients. It will also allow me to forage, and preserve botanicals which grow in different seasons.

Vermouth production was frequently employed as a method of making crap wine palatable, therefore the base wine is arguably the least important component. However I felt it would be missing a trick to disregard such a fundamental element of my drink. Ever indecisive I decided to trial a range of potential bases.

A dry white wine is the conventional choice so I had to give it a go. When choosing the varietal and flavour profile of the wine I tried to stay true  to the spirit of Project Vermouth by selecting something that reflected the British character. The sauv. blanc I’ve gone for may be born in France but its notes of green apples and cut grass put me in mind of a sunny English orchard.

Last year a friend and I decided to try our hand at wine making. In our first flush of enthusiasm we smashed out one batch of rhubarb and one batch of cherry plum wine over the course of two months. 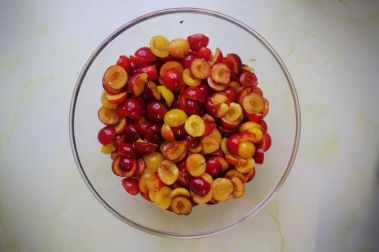 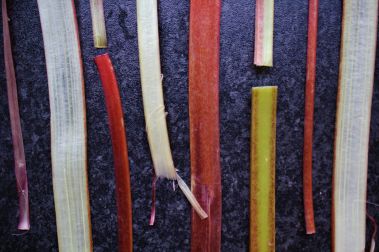 After an initial tasting lets just say we mutually agreed to retire the demijohns. However I recently returned to the fruit wines and found them significantly improved. I think they could add some interesting (and of course local) character to my creation.

Cider making has become something of an annual event in my family. We pick, press, bottle and drink an increasing quantity every summer.

Ok, ok, ok. So I know that the very definition of vermouth is an aromatized wine, but this cider is not only hyper local it is actually pretty decent though I say so myself. It could have the potential to make an unusual and epic ‘vermouth’. Also this is my project so I can do what I want.

I will be starting to select and blend the botanicals themselves, focussing on all things bitter and citric. I will also be shamelessly stealing more quotes from Ancient Greeks and sassy American debutants. Be sure to check it out!